This website has been set up to honor all the men of the 307th Bombardment Group (and 307th Bomb Wing from Korea) for their valiant service to their country during World War II from April 1942 to January 1946. The 307th Bomb Group (H) completed 625 Missions in the Pacific Theater, participated in 11 Campaigns, and received 2 Distinguished Unit Citations.

Your legacy should not be stored in an attic or garage where it may be lost or damaged. Ask your children, your grandchildren, and even your great-grandchildren to participate in this effort to preserve your history.

Please share your memories! Donate 307th BG photos, documents, and other items to our archives and send them to PX@307bg.net along with your identification of these items. Mailed documents and photos will be returned upon request. 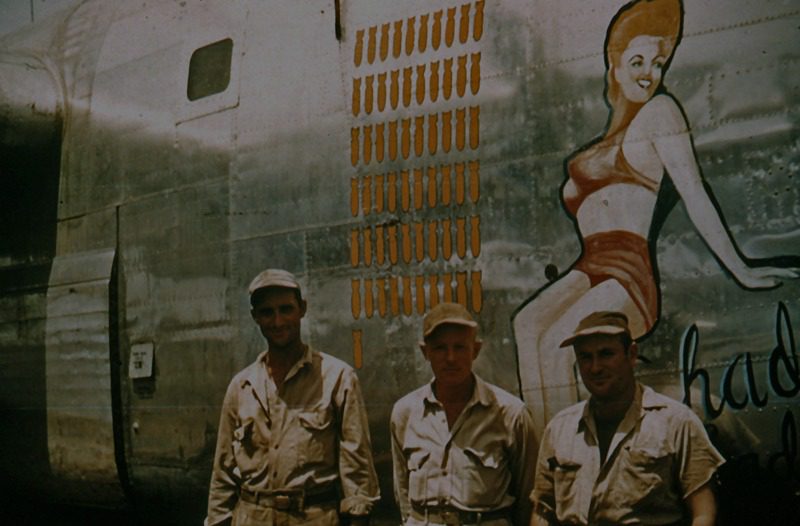 The 307th Bomb Group was part of the 13th Air Force and consisted of the 370th, 371st, 372nd, and 424th Squadrons. The group became known as the "The Long Rangers" due to their multiple, record-setting distance flown for their combat missions which included: Wake, Rabaul, Truk, Yap, Palau, Balikpapan, Borneo (the Ploesti of the east) and the Philippines.

Many of the missions were over 17-hour unescorted round-trips over vast expanses of the Pacific Ocean. This site has been created to preserve and document the history of the 307th Bomb Group.

IMPORTANT UPDATES ON THE 307TH

JOIN US IN WASHINGTON DC/FT BELVOIR

(GIVE IT TIME TO OPEN. IT'S A BIG FILE...AND WORTH WATCHING!)

The following is a list of 307th Bomb Group (H) History topics. Please select from the listing below, visit the topic pages and then navigate back to this index to select another topic.

From time to time, our historian, Jim McCabe, receives a letter asking if we might be interested in posting a veteran's memoirs.